our board - Leaders in the virginia spirits industry 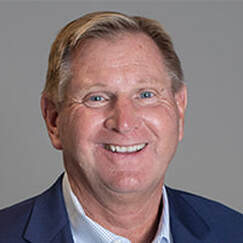 Bob Kovalcheck is also the Vice President of the Distilled Spirits Broker Division at Breakthru Beverage Virginia. He has spent his entire 35-year beverage alcohol career with one organization throughout the ownership changes – Associated Distributors Inc., The Charmer Sunbelt Group and now The Breakthru Beverage Group!  Bob started his career as a Sales Representative in the Military Division at Associated Distributors Inc, and within two years was promoted to Military Division Sales Manager.

A long-time industry advocate, Bob was a member of a team that got legislation passed in the 1988 Virginia General Assembly session that allowed Distilled Spirits Representatives to solicit the on-premise licensees in Virginia.  For the next three years after the bill’s passage, Bob managed both the Military Division and the state-wide on-premise distilled spirits team. In 1991, Bob was instrumental in creating the company’s distilled spirits brokerage division starting with 2 part-time sales representatives which has grown to over 30 full-time personnel today.
Bob attended the University of South Florida and graduated from Indiana University of Pennsylvania.

​Originally from the Philadelphia area before relocating to Virginia, Bob remains a huge fan of all Philly sports teams.  His personal interests include work, golf, and traveling with his 3 sons who  have  attended James Madison University – GO DUKES! 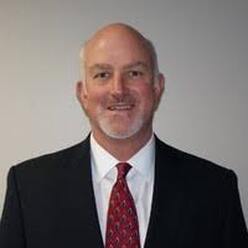 As a third-generation beverage alcohol Industry family member, Don developed his passion for the industry as a young man through his grandmother and his father who were both employed in the brewing industry for over fifty years combined.  While an undergraduate at the University of South Florida, Don started his career in the industry as a Tour Guide/Bartender at the Schlitz Brewery, and as a College Marketing Representative for a large, local beer distributor.   Don joined National Distillers Products Company (NDPC) as a Florida Sales Representative after graduation.  Just a few years later, Don was promoted to Florida State Manager - the youngest person to manage a major market with the company.   When Beam acquired NDPC, Don was one of a small number of people retained by the new company.

Don gained experience in 17 states throughout his career having managed the Florida market, Central Control States, and Eastern Control States for Beam.  Don retired from Beam Suntory as Division Vice-President in 2017 after a 34-year career with the company.
​
Don holds a B.A. in Finance and an MBA from the University of South Florida.  and resides in Virginia with his wife, Kim.   His personal interests include baseball, golf, scuba diving, hiking, reading, and travel.